For people familiar with the Deaf Community you will probably know all about the big D/ little d debate. As much as I think it may have had its day as a metaphor, I do think it is a useful comparison for adjusting to life with Usher.

People who are Deaf with a big fat out and proud ‘D’ shout about their deafness from the rooftops, they often also embrace sign language and Deaf culture and are not embarrassed telling the umpteenth hearing person that day to speak clearly or write things down. They generally see it as the hearing person’s problem if they cannot communicate with a deaf person.

Some little d deaf tend to be more reticent. They might not be so upfront about their communication needs, they might try to blend in and pretend their deafness isn’t really a problem. They might try to wing it and bluff their way through conversations. They might be a little bit ashamed of being deaf.

Is there an equivalent for Usher people? Is it possible to be big ‘DB’ DeafBlind or little ‘db’ deafblind? 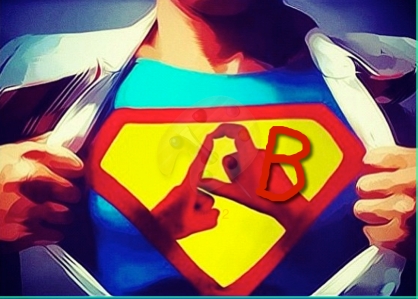 I think so, yes. I know which one I would rather be. It’s got to be healthier to accept both deafness and blindness – than to try to conceal either disability – to wing and bluff, and crash your way through life is exhausting. It makes me feel like a prize ‘A’ clutz. It erodes my confidence and eats away at my self-esteem.

I think that many people with Usher, even those who are proud of their deafness, are little b blind. They are often ashamed of their vision loss. We might try to hide from it and pretend that it is not happening.

So what is preventing us from all becoming big DB DeafBlind?

If I were suddenly marooned alone on a dark planet – I would not hesitate to use a cane to explore. Who cares? No one can see me – right? So what makes it such a difficult thing on planet Earth?

I would say that the biggest barrier is actually the reaction of people around me.

A little d deaf person discovers their Deaf identity and decides to embrace their inner Big D. Members of the Deaf Community slap them on the back and think ‘Good for you!’, ‘What took you so long to  find the way to Deaf nirvana?’- or something along those lines. The person announces that they are going to start using communication support at work, perhaps an interpreter. The Big D deaf all think “hallelujah! About time! You won’t look back”.

Is a deaf person using an interpreter for the first time ‘brave’, ‘heroic’ or ‘inspirational’. Would people say, “We still love you even though you have decided to use an interpreter”? Well Deaf people certainly wouldn’t – because they see it as a positive thing.

Compare this with another scenario. An Usher person decides to start using a cane. They want to embrace their inner big DB and  to make a positive adjustment. They are not congratulated in the same way. There are platitudes, grunted commiserations and lumps in throats. These often come from other D/deaf people. Using a cane is seen as a negative thing, as if a sad threshold has been crossed. It’s awkward like someone died.

Canes, guide dogs, hands-on sign language, communicator guides are all seen as a symbol of what has been lost, rather than the new independence that has been gained or maintained. Surely these things should be celebrated as keys that unlock doors. They are tools for making the best of bum cards.

Yes of course I am sad to have lost a lot of my vision and to know I will lose more.  But using a cane or a dog if and when I need one can only be a positive thing. Perhaps the earlier the better so that I can glide into being DeafBlind without beating any retreat from the lifestyle that I have now.

By the time an Usher person is ready to take action to equip themselves with the tools of a full and independent life, they have probably done a fair bit of private grieving and feeling sad. They are moving on a bit and taking control. This is a hugely positive step. It should be a cause for celebration not commiseration. Dealing with other people’s sadness at this time makes just coming right out and saying, ‘This is what I need’ a lot harder.

At this point, I need people to just say – ‘hey, good for you for having the guts to make life easier for yourself’, ‘you won’t look back’, ‘kudos’, ‘respect’, ‘it will open doors for you’.

If people stopped reacting with surprise, pity or condolence then it would not be such a huge psychological leap to make. More DeafBlind people would find it easier to rock their cane.

And if every DeafBlind or Usher person who needed a cane or a dog, had one. The Deaf Community would be full of them, the stigma would disappear making it easier for the next generation of confident DeafBlind people who want to strut their stuff.

7 thoughts on “Is it possible to have a big B in DeafBlind?”

Observations on gradually losing sight – What do the visual changes in Usher syndrome or Retinitis Pigmentosa actually look like?